Ed Whitaker was born in Norton, Virginia, on August 4, 1911. Ed moved to Florida when he was just a teenager. In the 1950’s, Ed considered joining Jim Bagley of Winter Haven and going into business. By this point, Whitaker was an experienced fly maker and his flies had become popular with local fishermen. Due to his popularity, he needed a way of producing his flies in bulk instead of one by one.

Before Whitaker made his choice of whether to join with Bagley, his wife told him she was expecting a child. This made him nervous and he decided to stay with his full time job for the benefits and security. He continued to make his flies as well as cast nets and they were sold regularly through tackle shops in central Florida and on the west coast of Florida in the Clearwater area. Edward McDonald Whitaker, Sr. passed away on September 22, 1995. 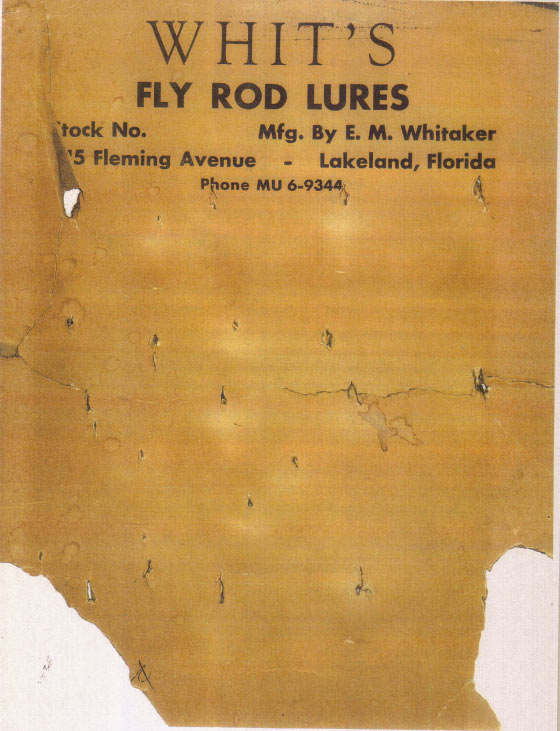