Earl Robinson began making lures in Apopka Florida in the mid 1920’s. This so happens to also be the same time period as when famed Jim Pfeffer also began his career as a lure maker. Unfortunately, while Pfeffer lures stood out, not many took notice to Robinson’s, which is perhaps why he is considered one of the most underrated of all the Florida lure makers. As Earl began his career, he hand carved a wide variety of styles. They had a somewhat primative appearance to them which led to them being catergorized as Folk Art. Although a number of body styles have been found, none had been given a distinctive name that we know of. So let’s dig deeper into the history of Robinson lures. His lures were divided into 3 distinct time periods: 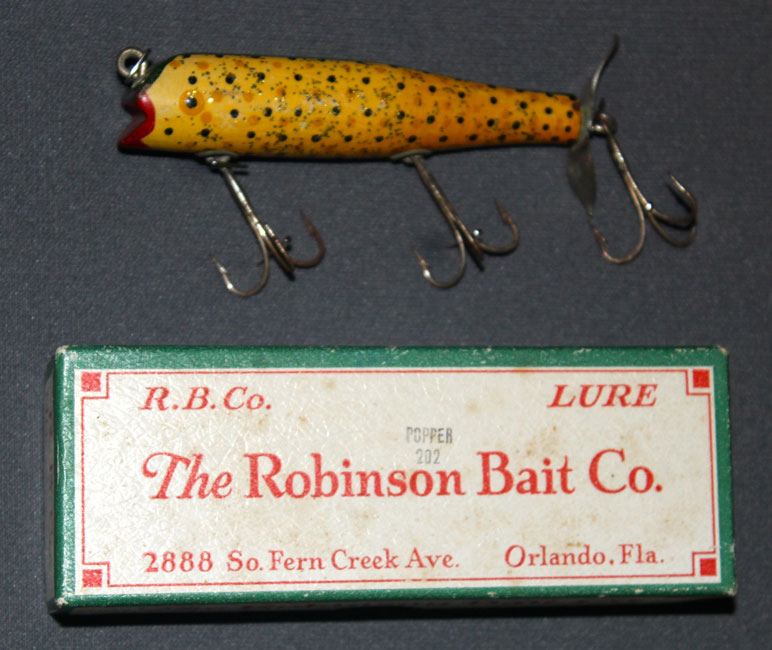 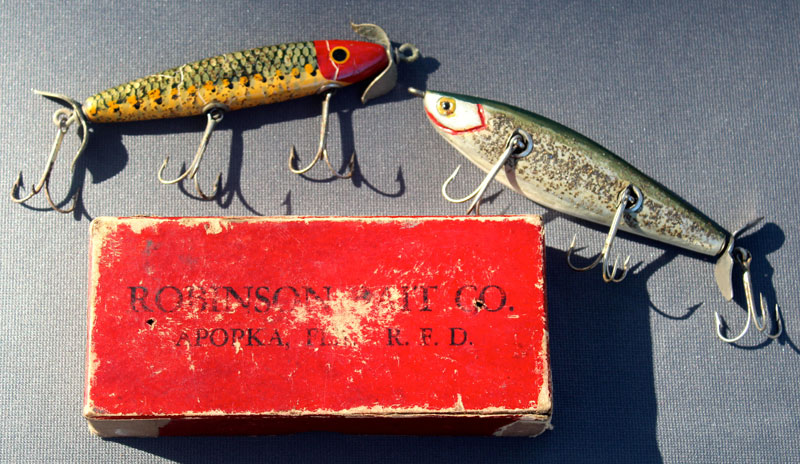 (Apopka, Florida 1926) lures were hand carved. There were two traits that were limited to his Folk Art time period: The lures had either lightly carved gill plates or the gills were painted on with sweeping red brush strokes and a long black sweeping stripe painted on from the nose and sweeps down slightly on both sides. It resembled a mustache, which is it was dubbed the Robinson Mustache. This period of his lures used cupped hardware and were stored in a red box with black lettering with the following on the top of the box: “ROBINSON BAIT COMPANY., APOPKA, FLA., RFD.” The Apopka box is an extremely rare find. 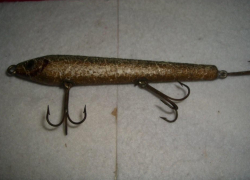 During the Two-Lure period (Orlando, Florida 1938), Earl had come to the conclusion that he needed to limit his lure making to just two different styles, while also limiting the selection of colors. He did so with the following two lures: The Orlando Shiner and the Best Yet Popper. 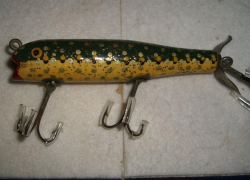 Now for those of you that are familiar with Jim Pfeffer, he also had a lure named the Orlando Shiner – and so the story goes….. that a 15 year feud began between the two lure makers. Due to this and whispers that his Best Yet Popper looked too close to the Creek Chub Darter, Earl Robinson was dubbed a copy cat. Whether this is true or not??? What we do know is that the Shiner and the Popper became Robinson’s trade mark lures during this time frame. 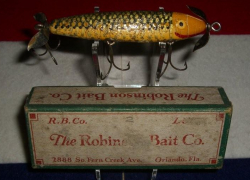 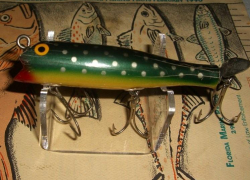 (Orlando, Florida 1946), there were two distinctive things that happened to Earl surrounding his lure making. One, his lures became more well defined with clearer lines and the hand painting evolved to spray paint patterns. Two, his lures began to be distributed regionally, rather than being sold just locally. Even with the evolution of his lures, Earl never really did make a sole living off of them. He had always held a second job for supplemental income. It was not known until all of the pieces came together at the time of his death in November of 1950, but speculation was that he must have sold the Robinson Bait Company sometime between the Two Lure period and the Post War period. That is when the dramatic changes were noticed in his lures. So as this story comes to an end, the Robinson blanks that were found untouched, were bought up by three separate lure makers – Walt Tedder, Griner and a man named Nash from North Carolina. They bought the blanks and made them their own by adding belly weights and putting their own signature paint patterns on them. None of these men were trying to reproduce and pass these lures off as original Robinson’s, but rather make them for their own use. Regardless, Robinson lures will always be one of my favorites. 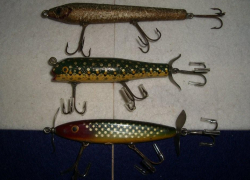 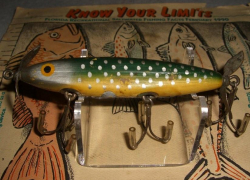