Phillip Porter Dalton was born in Kentucky on March 3, 1878. Phillip schooled, married and worked as a car salesman in Kentucky until he moved to Tampa, Florida in 1917. Once in Florida, he continued as a salesman and finally settled working for the McPhail Candy Company. Phillip Dalton’s first love was fishing. He was all of six years old with a tree branch and pin as his first fishing outfit. Not long after, he graduated to a cane pole and finally to a rod and reel.

Phillip couldn’t find an artificial lure on the market that he liked and started to whittle on some wood until he came up with something he thought would work. He painted it and added a spinner on the tail. This was his proto-type and it was not until one day down in Lake Okeechobee that he would try his invention. Dalton was with a group of guys that were not catching anything the entire morning when he decided to try his homemade lure. Everyone said this thing wouldn’t work but soon were surprised. By the end of the day, some 55 Bass were landed in just two hours.

The Tampa Tribune dated March 13, 1938 reported that catch complete with a photo that later Phillip used as a point of purchase for his now named “Dalton Special”. Phillip now knew he had a killer bait. He needed to have a batch made up, but he knew if he took just one to a manufacturer they would steal his idea. In town was a well known man named Earl Gresh that was an accomplished fly Fisherman and master woodworker. At this time, Gresh was not making fishing lures. Dalton approached Gresh with his bait and had him make up a gross. Dalton knowing he wanted to apply for a patent, needed a line art drawing and also enough baits before approaching Shakespeare to have them manufactured. Rainbow is the only color that has been seen of the Gresh made lures and I wonder if that is the color of bait Dalton used down in Okeechobee?

On September 19, 1939 Phillip Dalton was awarded the patent No. 116,678 for the Dalton Special. Dalton had the rights to own and distribute his lures that Shakespeare manufactured and sold them out of his home at 818 So. Oregon Ave, in Tampa. By January 6, 1947 Dalton had moved to 2507 Bristol Ave, in Tampa. At this time, Shakespeare was making some 100 thousand lures per year but sometime in 1948 Shakespeare and Dalton had a falling out over a price increase. Shakespeare was in the middle of producing thousands of Dalton’s lures in various stages of production. The sudden stoppage of production caught them by surprise and they were left with all of the baits in all stages of production. Shakespeare then modified the baits with a cut under the chin to signifying having there throat cut, renamed the bait the Shakespeare Special and sold them as there own brand. 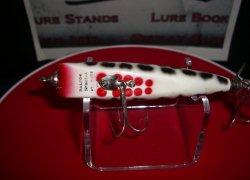 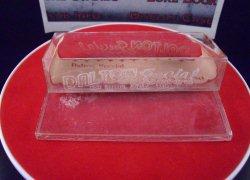 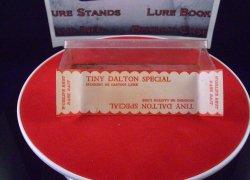 This resulted in a law suit with Dalton claiming that Shakespeare stole his bait and customers in which he lost the suit. Shakespeare provided a catalog showing Paul Manon of the Anglers Bait Company had already produced this bait and that it was not Dalton’s bait in the first place. Dalton went on to contract with Florida Fish & Tackle Manufacturing Company of St. Petersburg to make and package his baits in 1950.

FFTMC packaged the Dalton Special in plastic boxes with an insert saying they were made exclusively for P.P. Dalton of 2507 Bristol Avenue, Tampa, Florida. Up to this point all the lures were marked St.Pete on their belly by both Shakespeare and Florida Fish & Tackle Manufacturing Company. 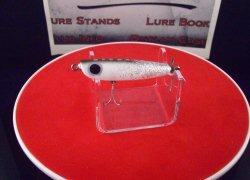 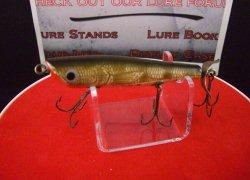 In the middle of 1950’s, Dalton sold the rights to Florida Fish & Tackle Manufacturing Co. and from that point on all the baits were marked “Tampa” on their bellies. FFTMC went on to increase the number of sizes offered of the Dalton Special to five and added the “Wee Dalton” which was a 2 inch lure as well as the “Tiny Dalton” which was a 2 3/4 inch lure. 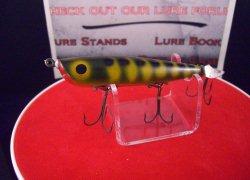 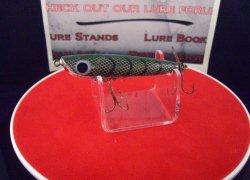