Bales moved from Ohio to Tampa, Florida during the Great Depression in the 1930’s. Bill had a love for fishing and with no money to buy equipment he would carve lures with a pocket knife. Apparently his lures were a success and he would make them for his friends. A friend visiting from the north loaned him some money for equipment and this started the Four Tee’s Bait Company. The company was started in August of 1935 in back of his home at 705 E. Broad Street ,Tampa.

The First lure was the Dolphin and Four Tees is sometimes found stamped on the bottom. 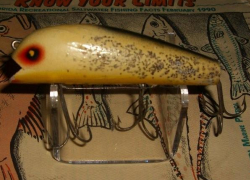 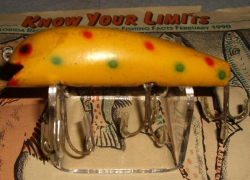 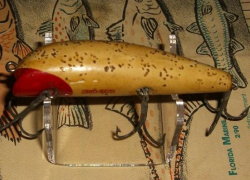 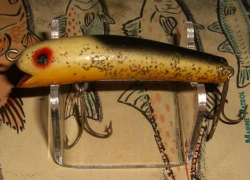 Packaging was a two-piece cardboard box and the other a cardboard bottom with a plastic lid. Both have FOUR TEES, 541635 The Topper That Tops for all game fish, W.R. Bales, 705 E Broad St., Tampa, Florida on them. Four Tees came to an end in May 1950.