Dazzy was born in Orient, Iowa. Dazzy Vance the famous baseball player had some problems with his throwing arm in 1915 that lasted about 5 years and it was during this time he became interested in fishing in the Homosassa Springs, Florida area. During this time, he was also running a sportsman hotel for hunting and fishing.

In 1936, Dazzy Vance met Paul Manon at the Sportsman’s Lodge and quickly became friends. Soon after becoming friends, a partnership was formed and Paul was to make the baits and run the operations and Dazzy to furnish the cash. 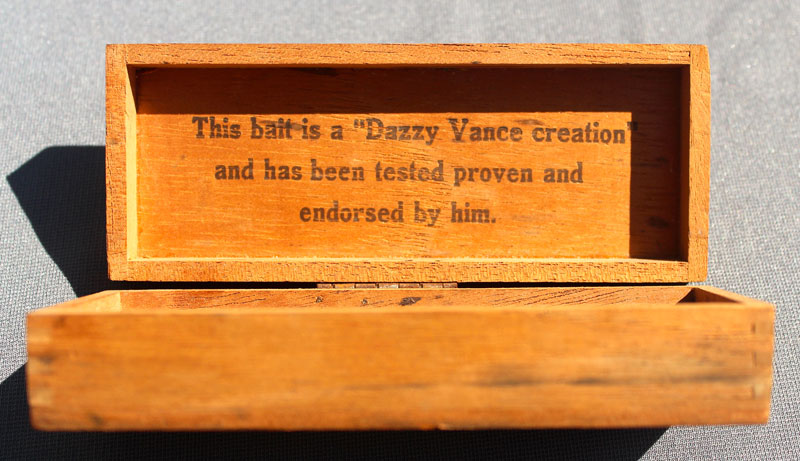 Manon was making the P.D.Q and the Angle Minnow as well as several other baits not known. Dazzy wanted the name of the Angle Minnow to be called Angle Frog. This venture only lasted for about 6 months because a nephew of Dazzy that was helping Paul Manon with the manufacturing of the baits became ill and never recovered. About the same time Paul Manon was killed in a car crash.

Paul Manon’s wife shortly after his death sold the remaining products to Mitchell’s tackle shop. Merlin Mitchell is the owner of the tackle shop that Ed Brown and Merlin posed for the Orlando newspaper photo and write-up for the P.D.Q. Lure. 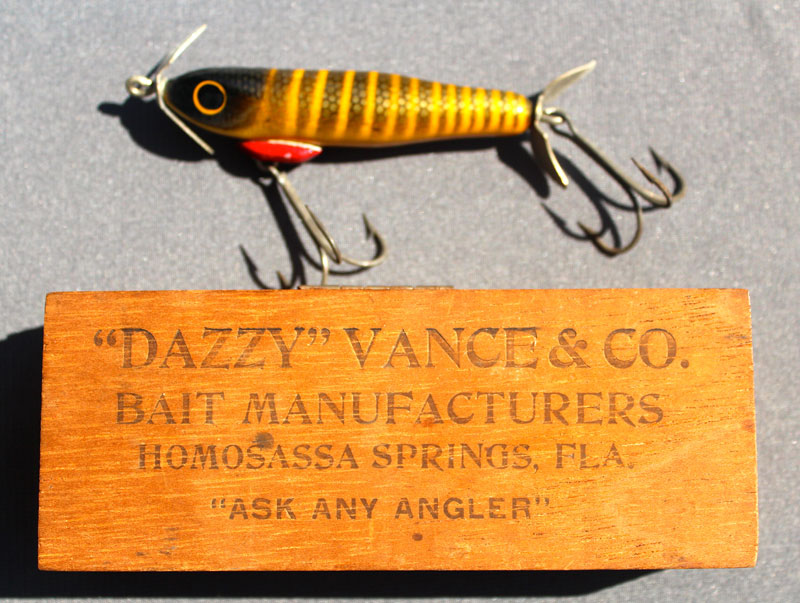 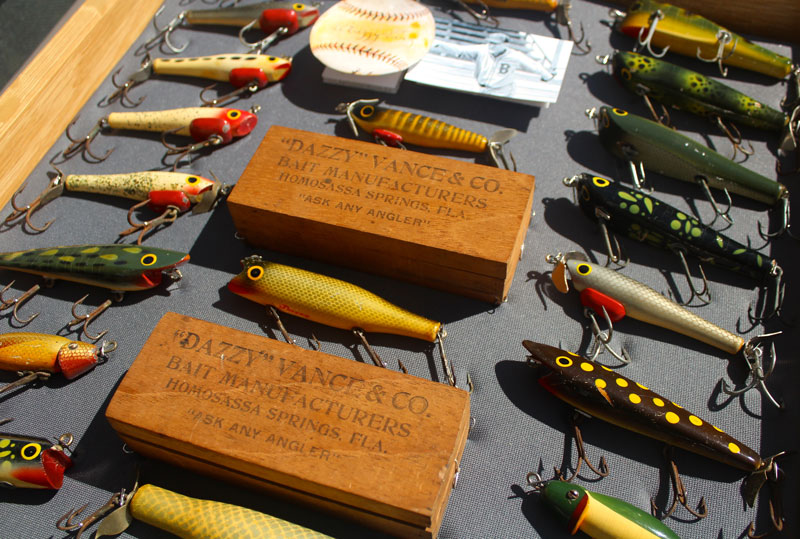