Learn about the Barracuda Lures brand and how it all got started.

Welcome to the Barracuda page. We provide a brief history of the Florida Fishing Tackle Manufacturing Co. Barracuda brand fishing tackle although we do not have examples of all their lures there are a good many of them for you to study.

Some Barracuda lures have been found with a pressed eye or carved eye but it is believed they were only made for a short time and by 1950 all Barracuda baits were painted eye. The early 1940’s also saw a hardware change as Barracuda went with surface hardware until the end of production.

Jack and Carl Reynolds purchased the company in 1932 from Charles Clark, maker of the famous Clarks Spoon in St.Petersburg Florida in 1923.

The Reynolds third brother B.T. Reynolds joined the company at a later date. Jack was quite the fisherman and used his fishing prowess to design their lures.

The first lures that they produced were the Reflecto Spoon in 9 sizes, the May Wes and the Baby Wampus which were both pier baits.

F.F.T. produced many famous lures over the years and in the 1950’s were the largest tackle company in the south.

Eventually all the wood lures received names and a color code as seen in the Barracude Lures Color Chart below: 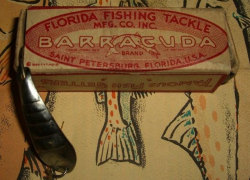 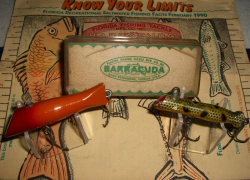 (Click on each color code or description for an example image) 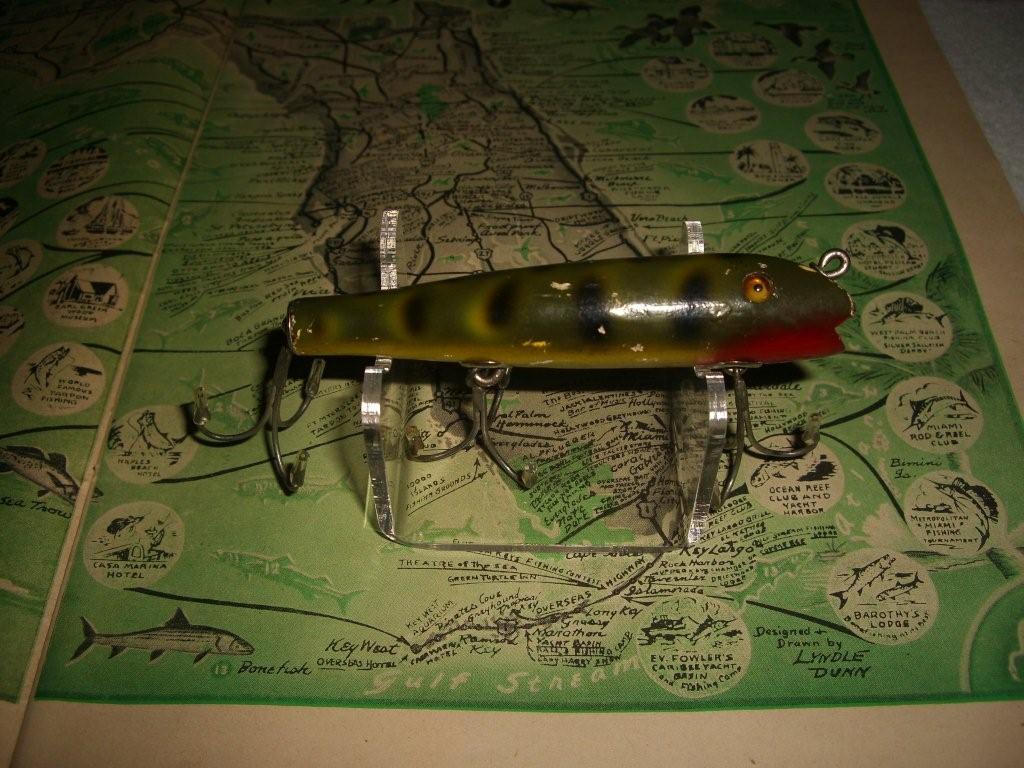 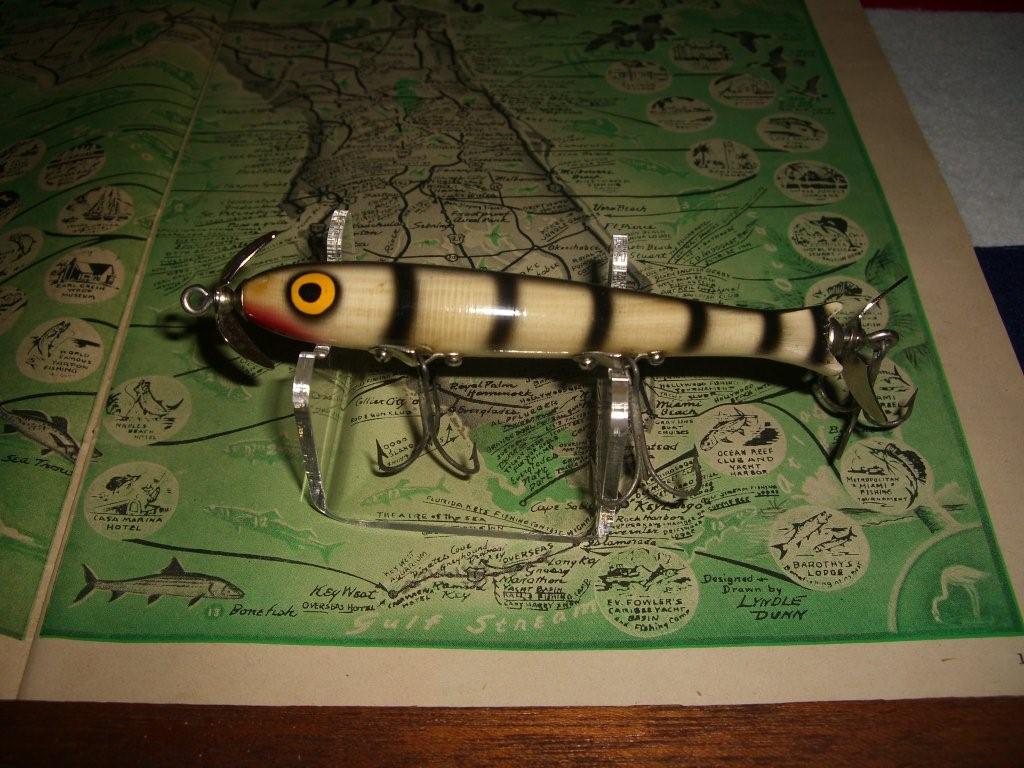 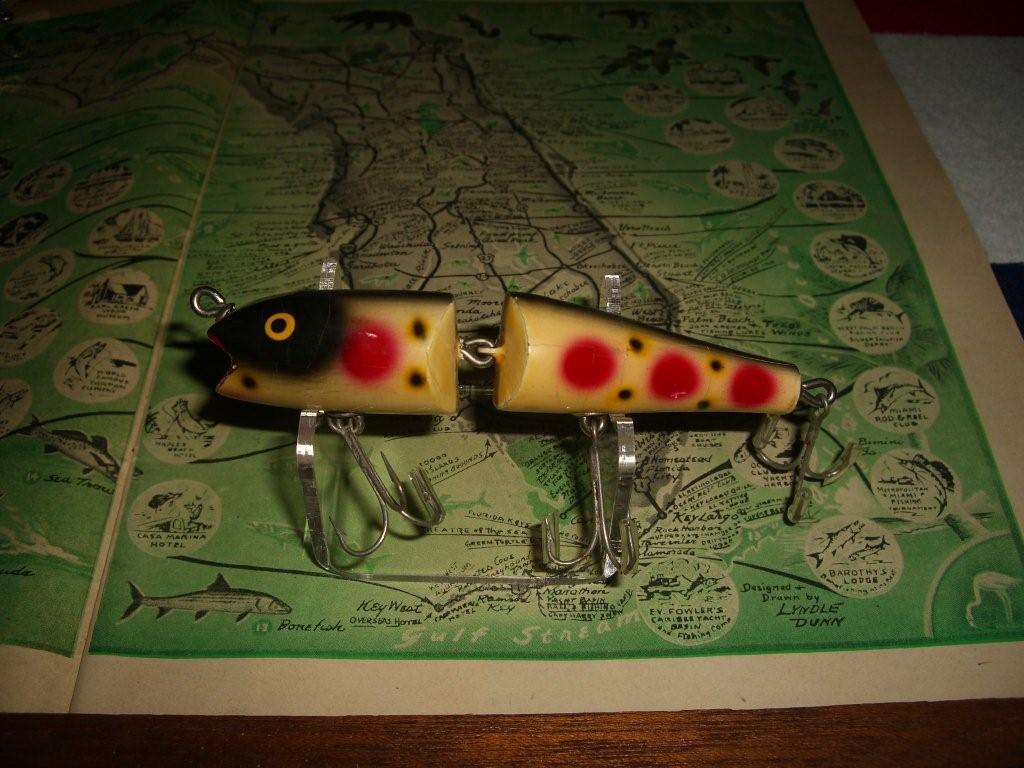 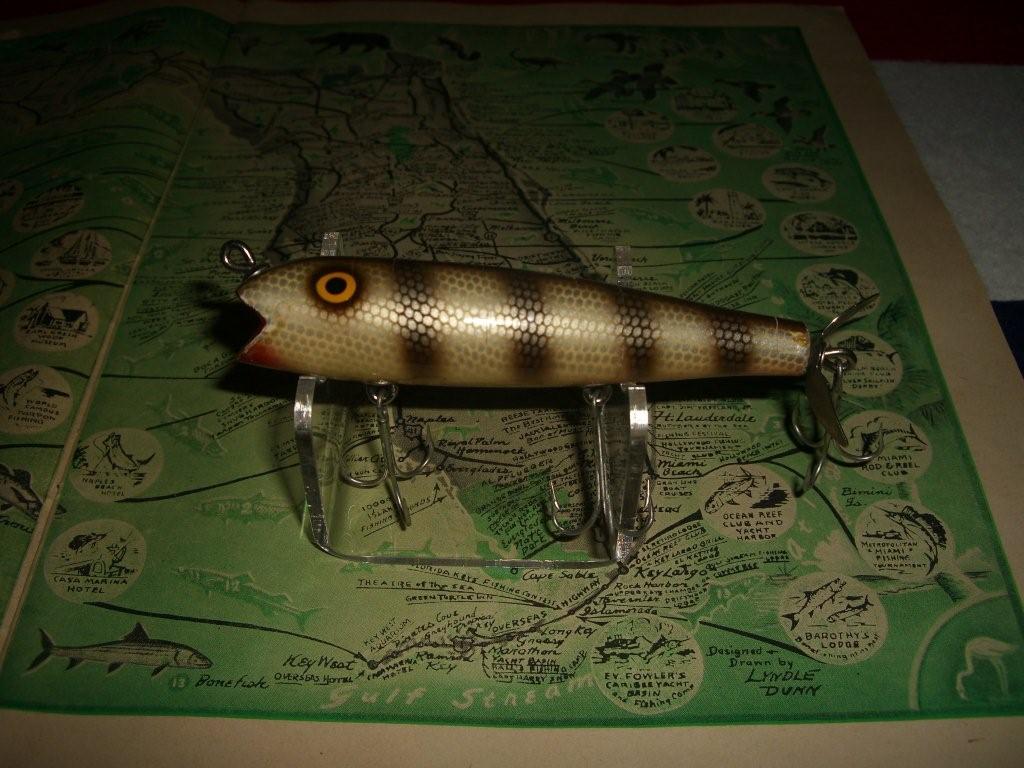 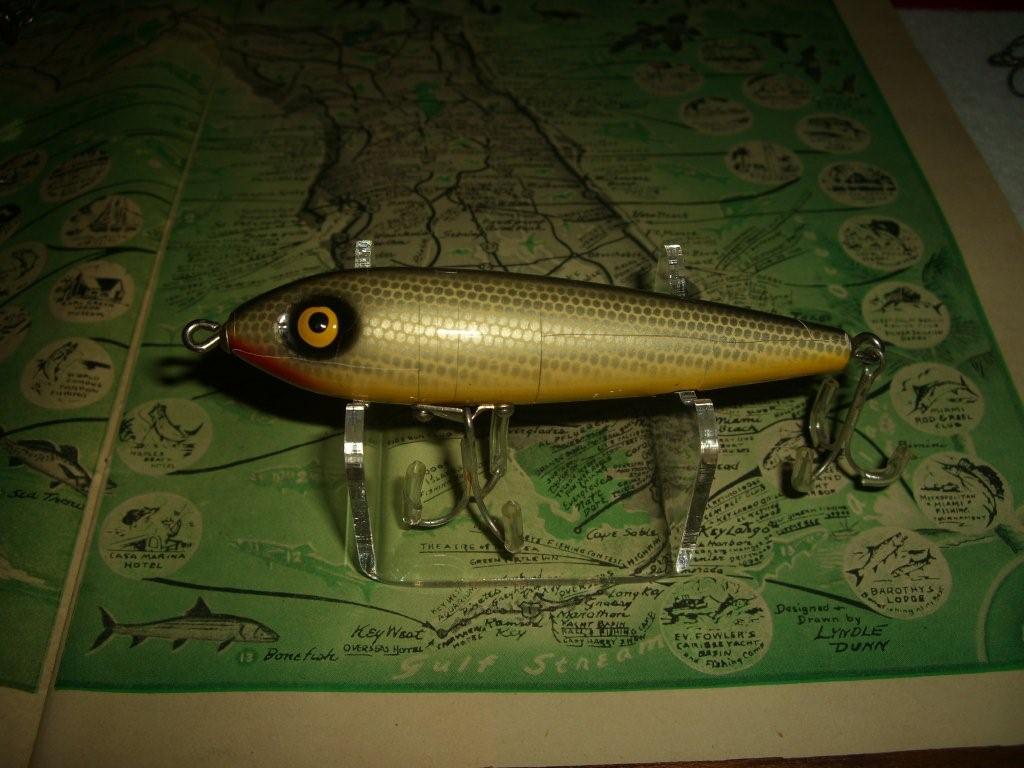 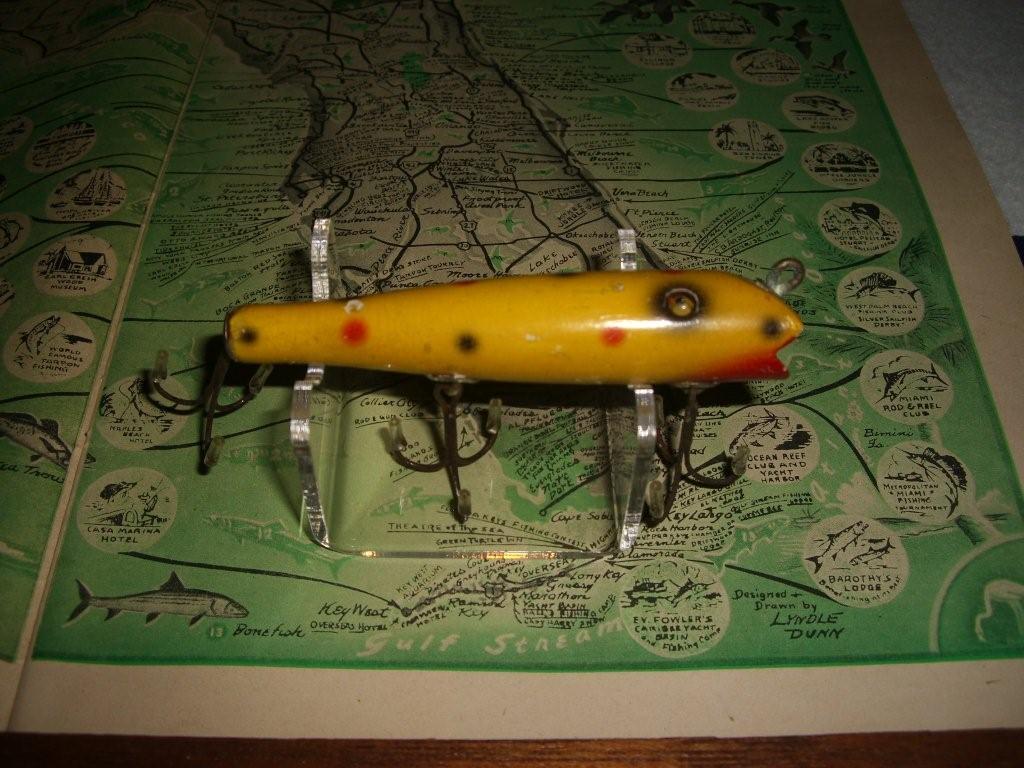 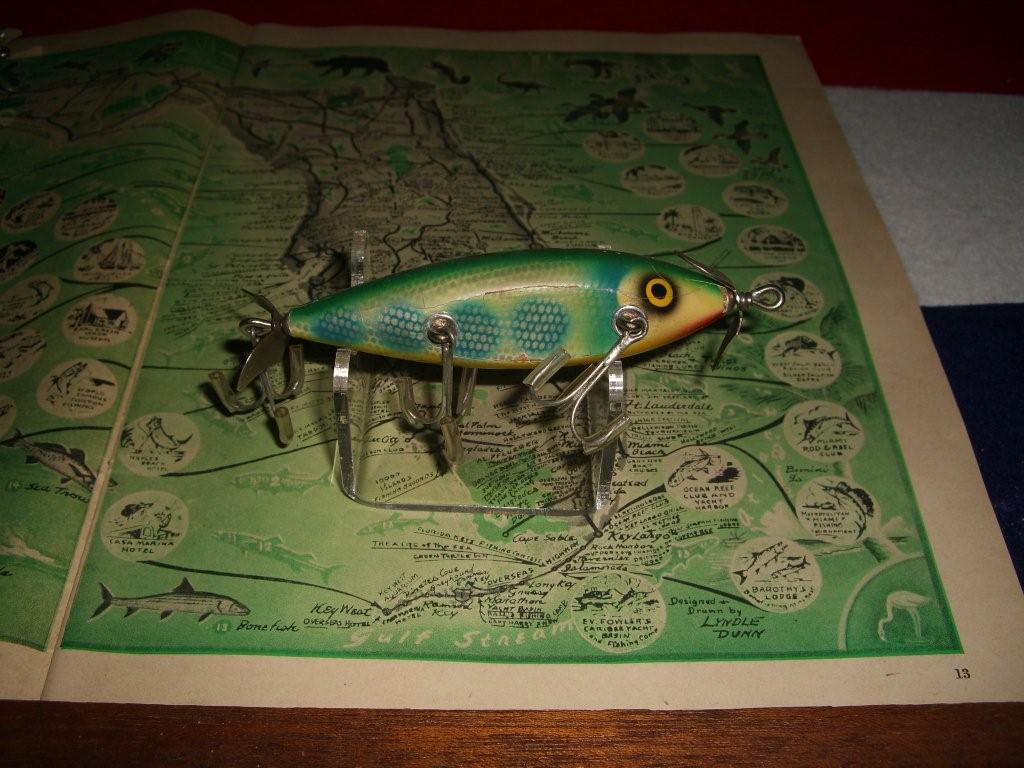 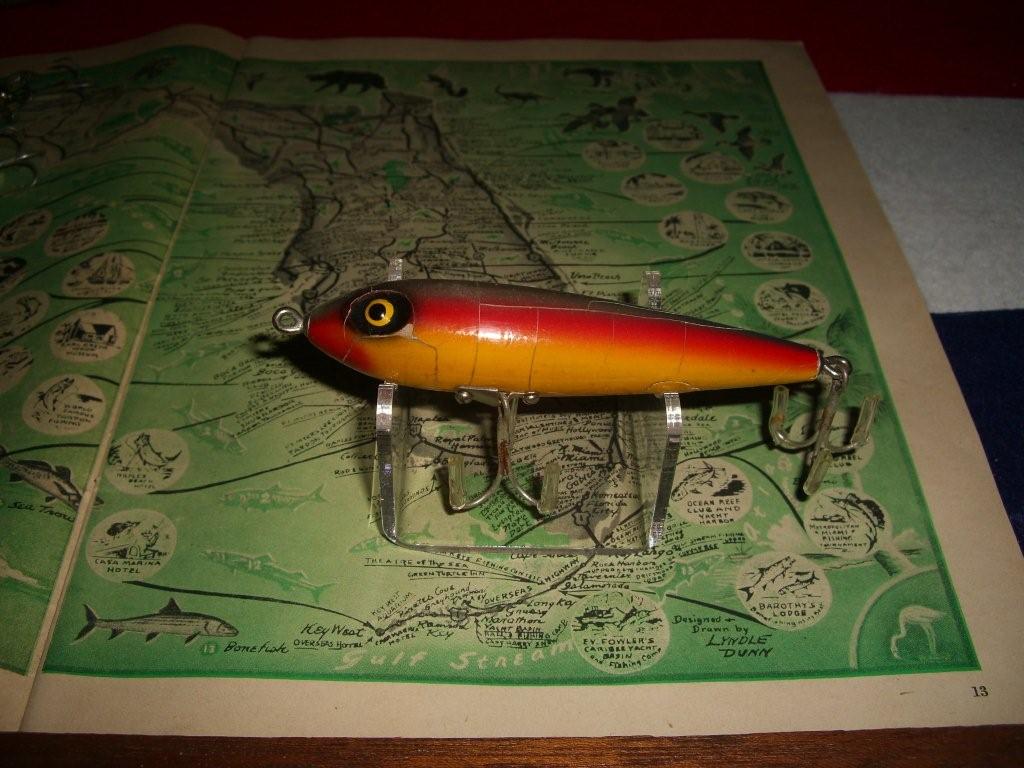 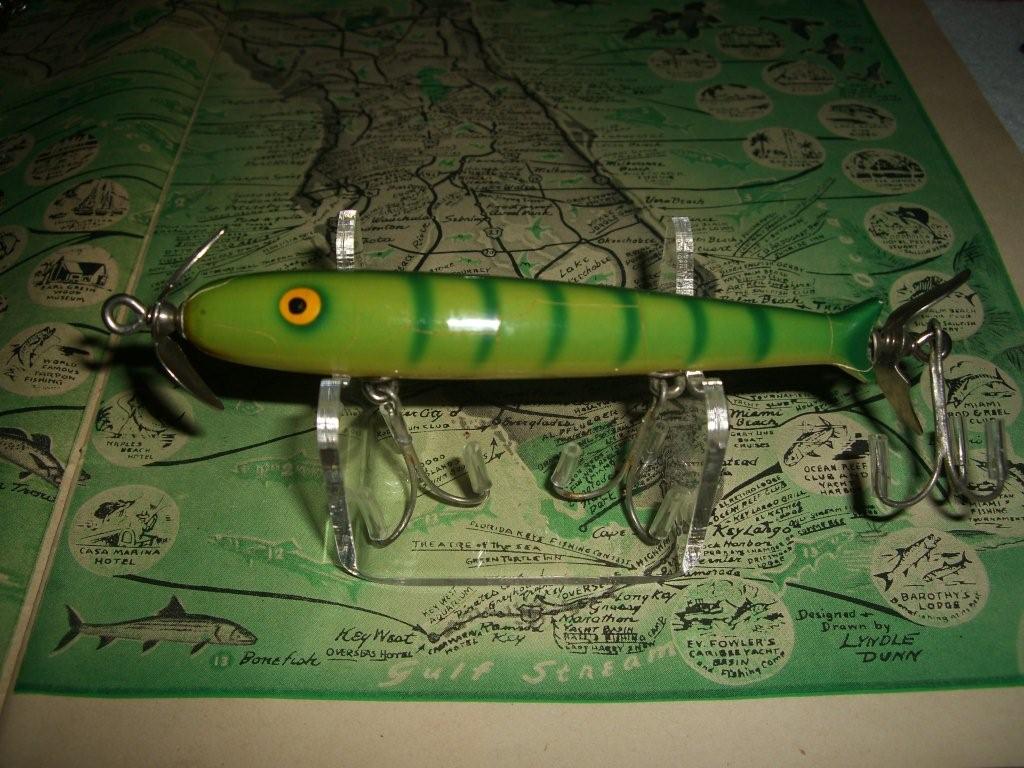 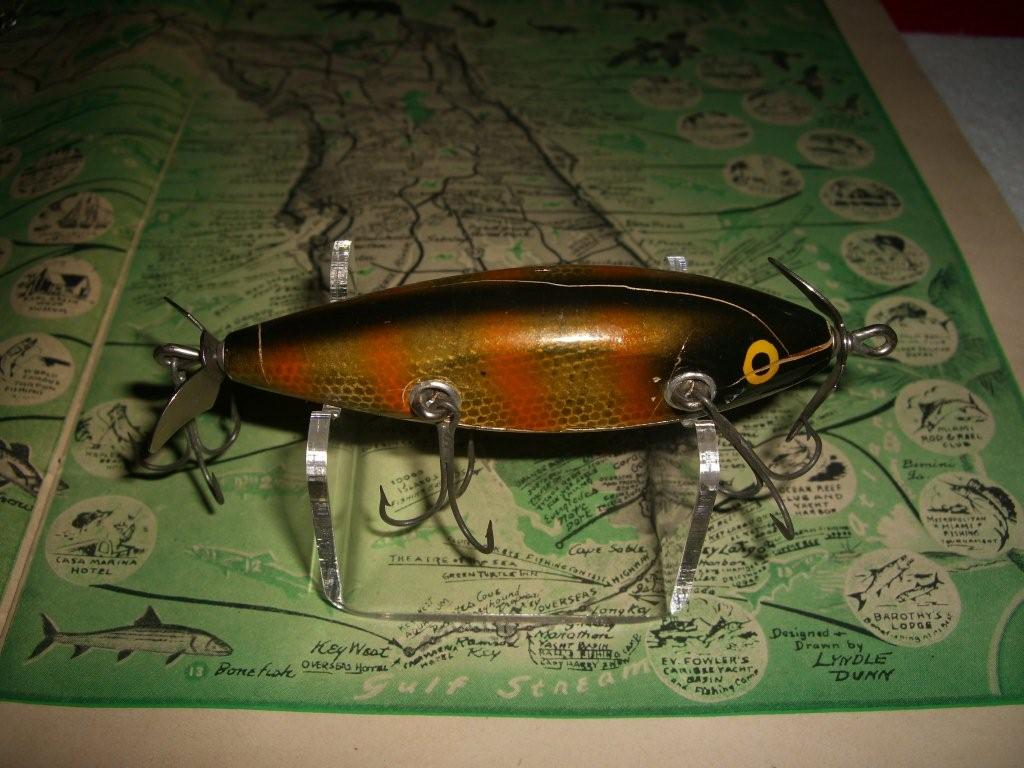 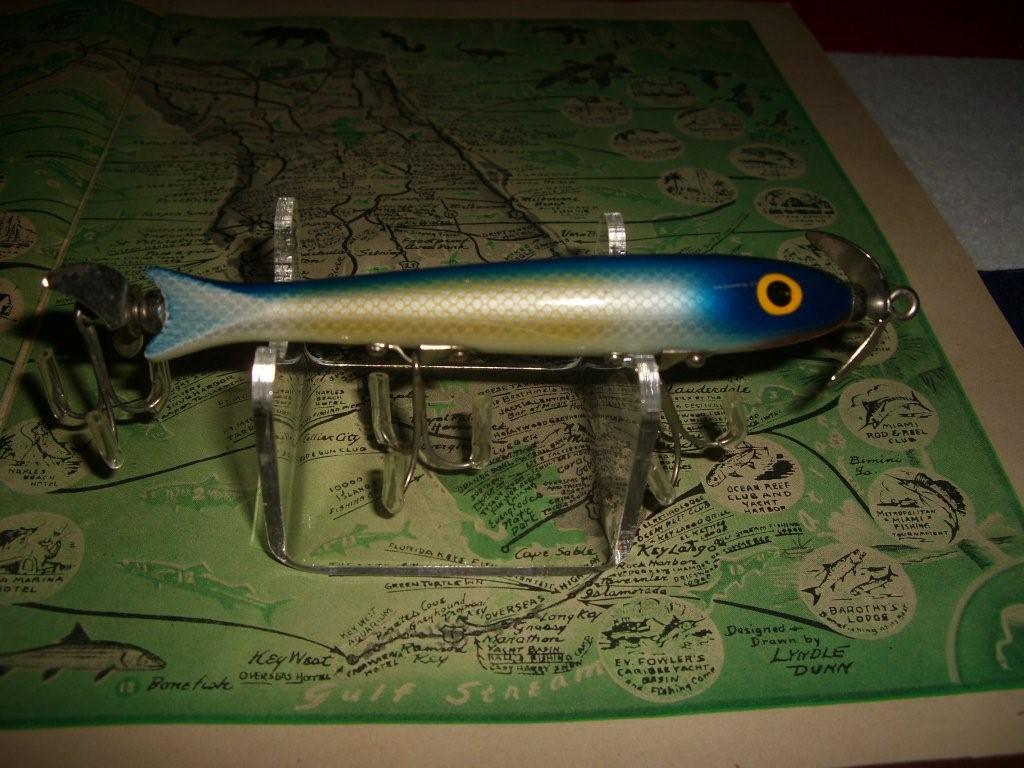 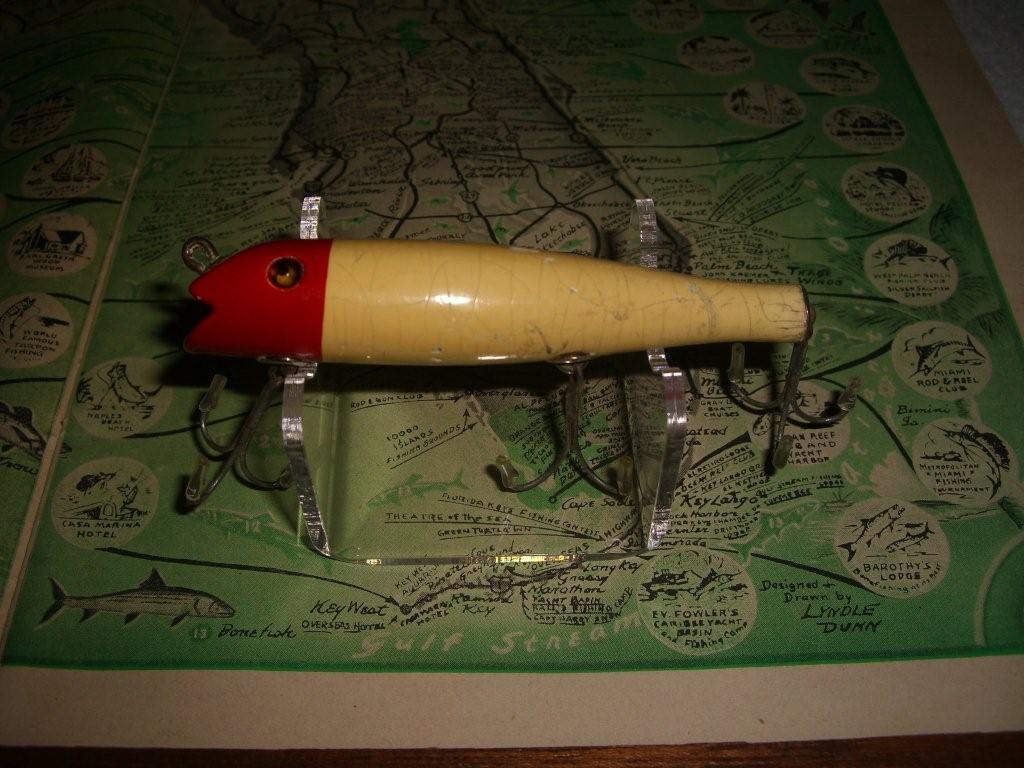 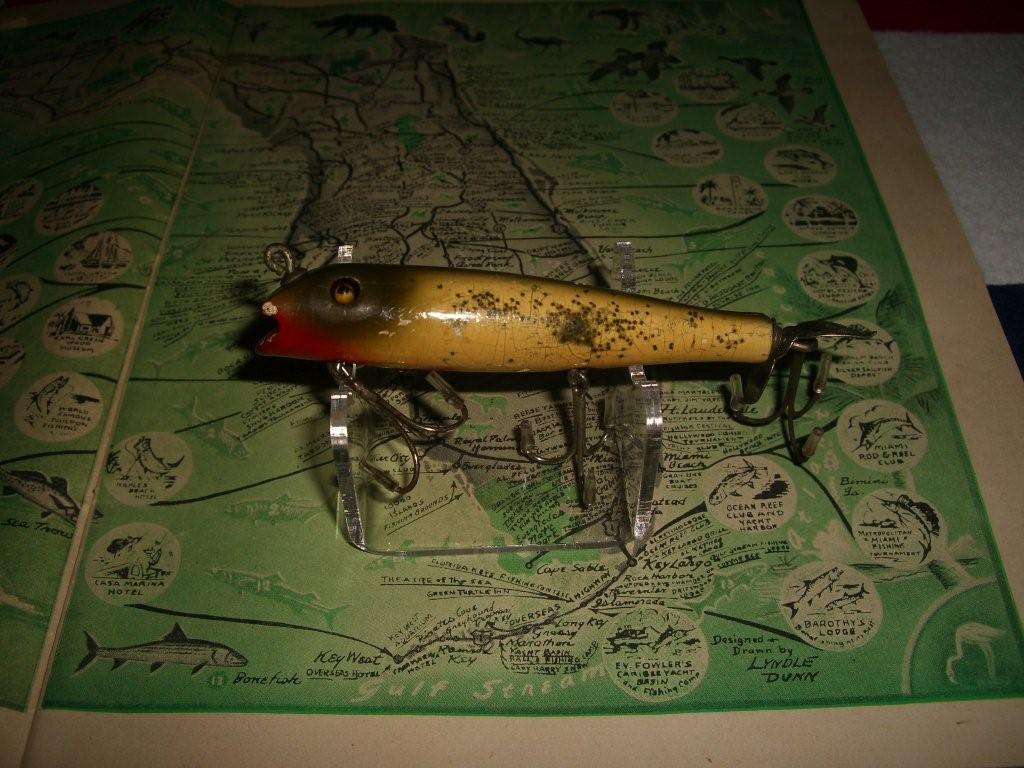 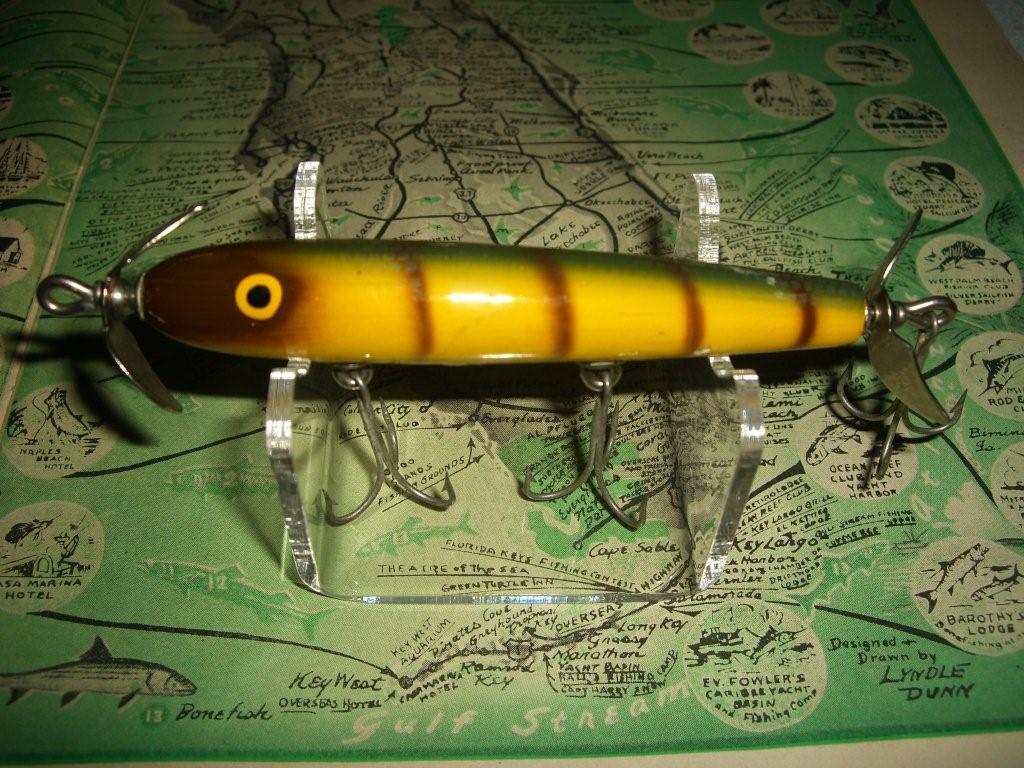 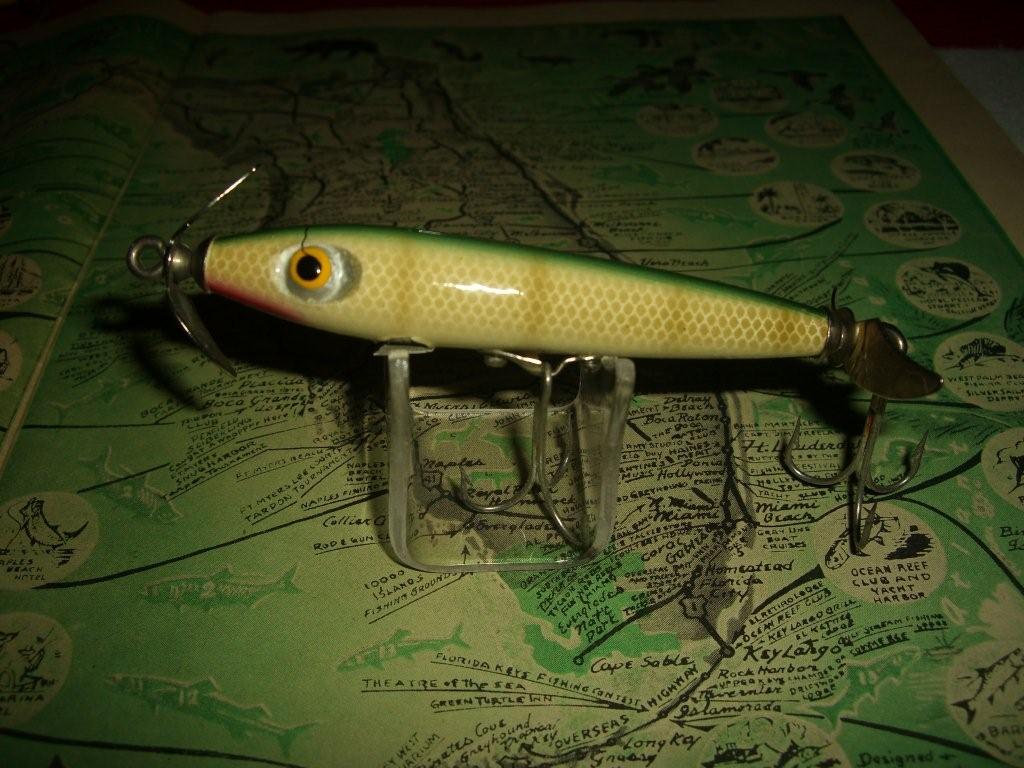 Barracuda also produced a whole line of products such as rods, reels, sinkers, nets, gaffs and fishing line just to name a few. You will find the 1954 catalog that shows many of these products. Florida Fishing Tackle also contracted to produce lures for many other company’s such as P.P. Dalton, Lonn’s Dandy Lures, Jet, Colt, Trailblazer and Jacks.

The Florida Shiner was first made in 1939, had glass eyes and was a very beautiful lure. Some changes to the lure were made in 1943, making the bait wider and had prominent gill marks with ceramic eyes. Even with the changes the lure remained a real beauty. 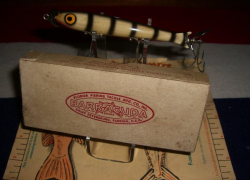 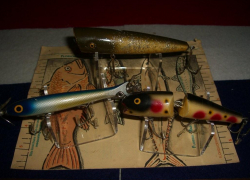 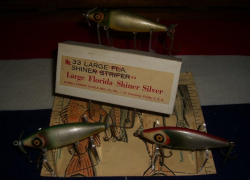 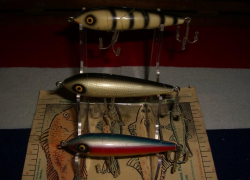 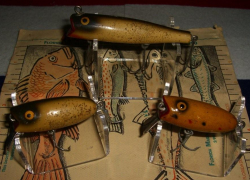 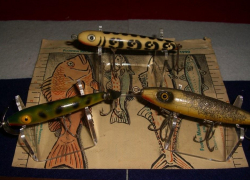 The # 80 Slim Twin Cuda in the 1933 Barracuda catalog was not produced in glass eye and is the first painted eye bait Barracuda made. Lures after 1940 were not cataloged as having glass eyes. By 1945, all baits that were produced with glass eyes were now tack eyed baits. 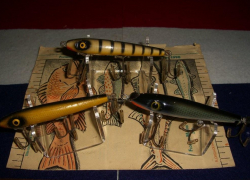 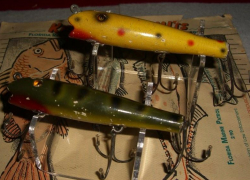 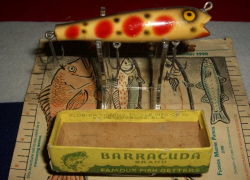 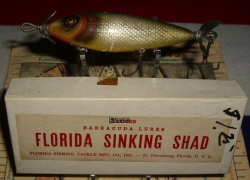 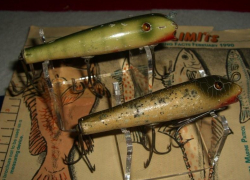 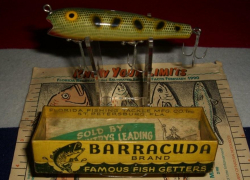 Some Barracuda lures have been found with a pressed eye or carved eye but it is believed they were only made for a short time and by 1950 all Barracuda baits were painted eye. The early 1940’s also saw a hardware change as Barracuda went with surface hardware until the end of production.

The Barracuda logo was registered and copyrighted in 1934. Jack and Carl were credited with designing the logo.

Boxes in the mid 1940’s had the plastic top and green and yellow bottoms. There is also a two piece cardboard box with a red Barracuda Logo on them. 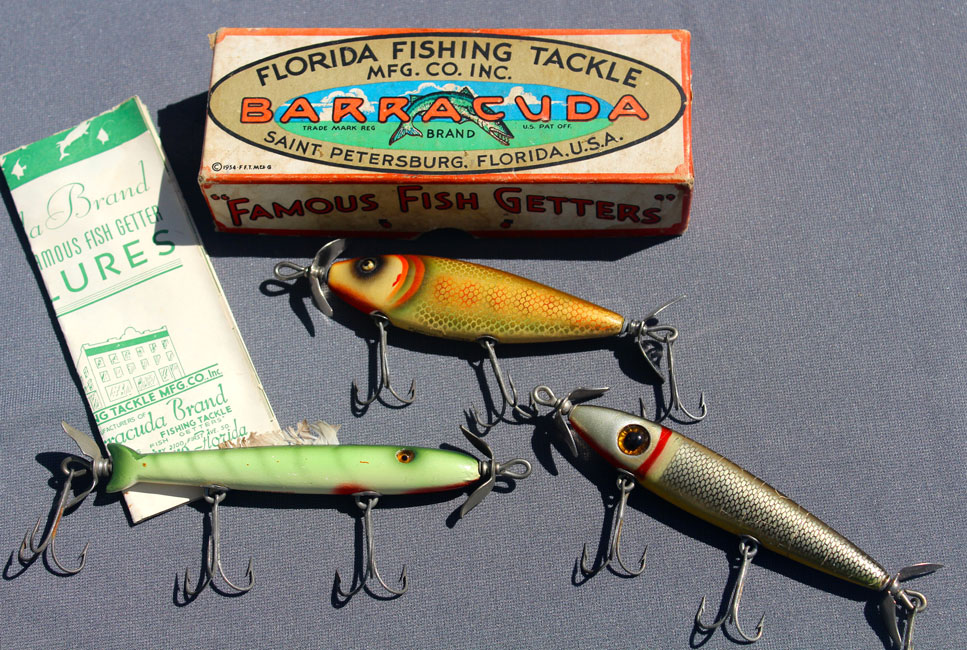 In 1949, Barracuda also produced the Famous Dalton Special Patented by P.P. Dalton that was first made by Shakespeare. These were packaged in two piece plastic boxes and the lures were marked Tampa on the belly. The address of 2507 Bristol Ave, Tampa, Florida was Dalton’s home address.

In the middle of the 1950’s Dalton sold his patent rights to F.F.T.M.C and after that all the lures were marked St. Pete on the belly. Barracuda went on to make these baits in five sizes.

Jack Reynolds died on February 3, 1975 and the Internal Revenue Service closed the doors of Florida Fishing Tackle Mfg. Company. We’re not sure what happened to the leftover fishing tackle after the closing but one day living here in Florida we might just get a call.